2/19/2020
The newest mechanics in this league center around a simple goal, destroying Fungal Growths. Sister Cassia has some special tools, in the form of towers, that help with that. In the Blight Expansion, there are a slew of towers to pick from—six of them in fact. Using these in the right places to take advantage of enemy weaknesses is key to success in combating the Blight. These towers form lanes that you must take control of by clearing monsters out, the tower abilities can help, but you're still going to need plenty of DPS.

Towers each have their own ranks, and as you progress into harder Blight encounters, expect to need to upgrade your towers multiple times. Here are the six towers that you should know about:

A simple yet effective tower that shoots fire. While it cannot solo a blight for you, it will offer a DPS boost that can't be beat when dealing with large packs. Place these after a slowing tower of some kind for maximum damage.

The Fireball is used for long-ranged instances. The castle throws fireball projectiles onto faraway enemies, and the number of these fireballs will increase as you rank them up. Once you've reached the final stage of its upgradeability, you'll have the choice to upgrade the castle to either the Meteor Tower or the Flamethrower Tower.

The Chilling freezes nearby enemies. Great for buying time for other castles to deal damage, the fortress is best used in cross-sections between paths. When upgraded to level 4, you can choose to either transform it into the Glacial Cage or Freezebolt. The Glacial Cage tower is usually the preferred high-end slowing tower as its massive AoE has a great chill effect. 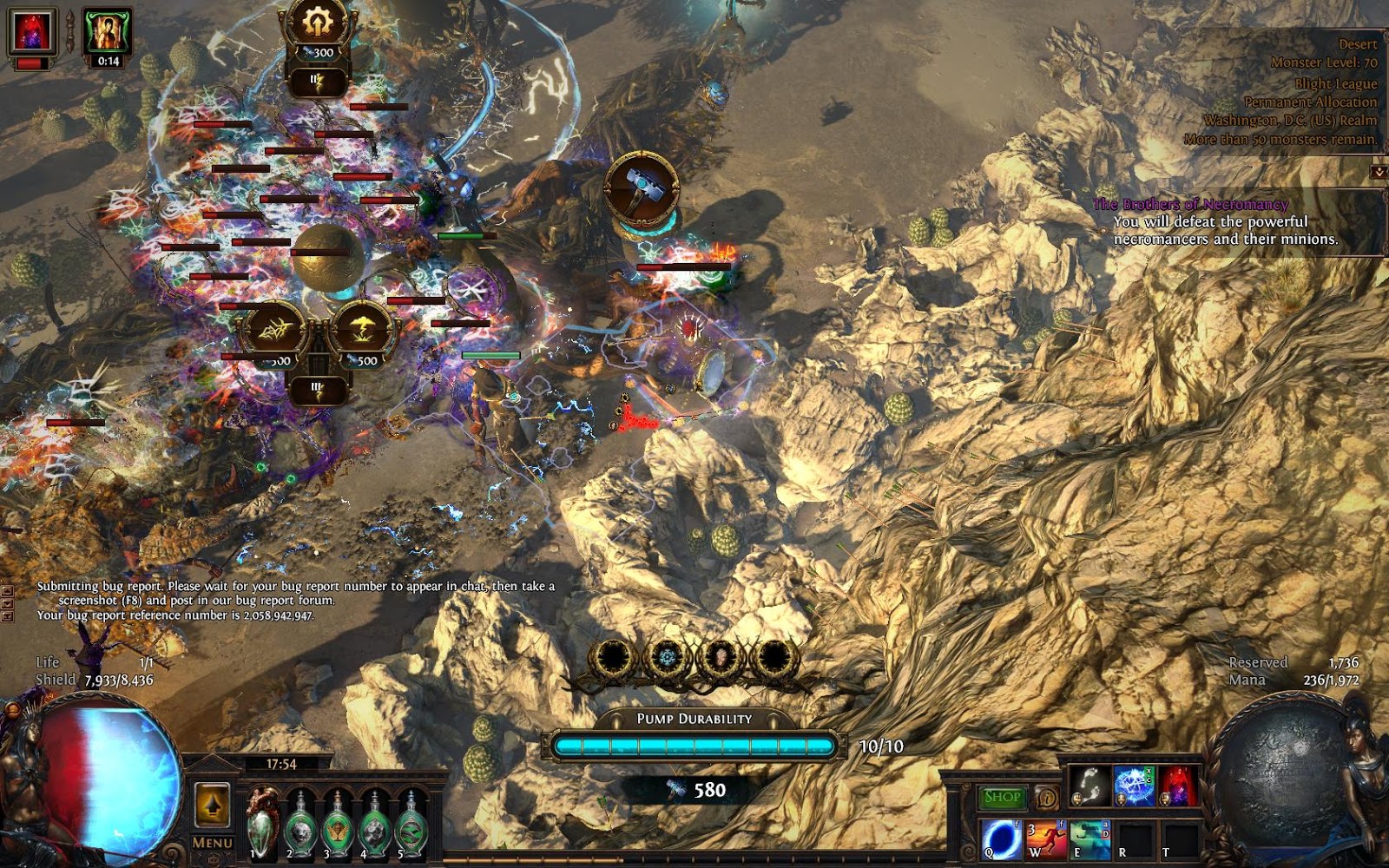 The Shock Nova casts a small shockwave around it, paralyzing enemies. It also creates shocked ground within the fortress, protecting itself from any attacks. When upgraded to level 4, it can either become a Lightning Storm or Arc Tower, depending on your preference. The Lightning Storm tower has the biggest AoE, but pretty mediocre damage. The Arc version is a much shorter range variant, but with a high chance to shock enemies, making them take more damage.

Further enhancing the power of other towers, the Empowering Castle specializes in boosting the damage output of your other defense fortress. By doing so, it will cast an aura on other castles within its radius, causing them to increase their effectiveness.

At rank four, you are offered a choice between Smothering or Imbuing towers. The Smothering tower weakens enemies, reducing DPS slightly, so pick it when dealing with a long Blight and drop it near the end of the tendril path to allow yourself more survivability.  The Imbuing tower provides players with increased speed and is crucial as a tower in key midpoints during Blight Maps.

The Seismic releases shockwaves that will damage and stun enemies. This tower is effective when placed in an area filled to the brim with monsters; it also goes along well with other damaging towers such as the Fireball Tower.

At rank four, you are offered a choice between the Temporal tower and Stone Gaze tower. The Temporal tower casts AoE slow effects that are some of the best overall slowing options if placed properly. The casting speed can be an issue in larger packs though, as some enemies may slip by before being slowed. The Stone Gaze Tower not only applies a slow but also a minor DPS boost as well.

The Summoning spawns friendly minions that will deal damage to the corrupted monsters; their strength will increase along with their numbers as you level up.

At rank four, you are offered a choice between Sentinel and Scout towers. The Sentinel tower offers a single, very bulky minion, useful for blocking particularly dangerous enemies. Scout towers will summon ten flying minions These flying minions work similarly to Summon Raging Spirit, so don't expect the same blocking effect as they focus on DPS.

For the full rundown on Path of Exile: Blight, head on over to the Eznpc.com. In addition, you can also buy Path of Exile currency here, which is cheap, safe and can guarantee delivery within 5-10 minutes. Of course, if you have any other problems during the ordering process, please contact us through LiveChat Contact customer service.

Popular posts from this blog 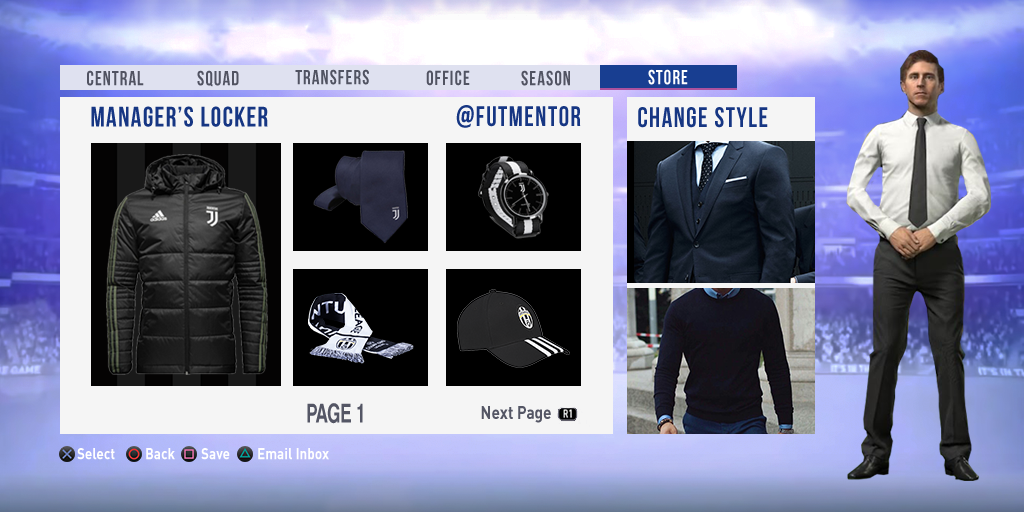 Are you playing on FIFA 20? Did you find that there have been any changes in the professional model this year? Have you also found some useful tips in career mode? Now, you can browse our guide to FIFA 20 career mode to learn about some changes and tips of career mode to help you have an advantage in the game.   FIFA 20 Career Mode Changes There are multiple new features in FIFA 20 Career Mode such as Press Conferences, Player Chats & Morale, League specific themes and Dynamic Player Potential, these new changes add complexity to the game. Here, we highlighted FIFA 20 Career Mode Changes: Major Changes Customizable managers: Gender, body type, skin tone, clothing, and hairstyles can all be managed. Face the Media: Inspire your team with the answers you give in new interactive press conferences before and after key moments in your season. Player Chats: Keep your team spirit and manager rating high by discussing your player's concerns and solving their problems
Read more 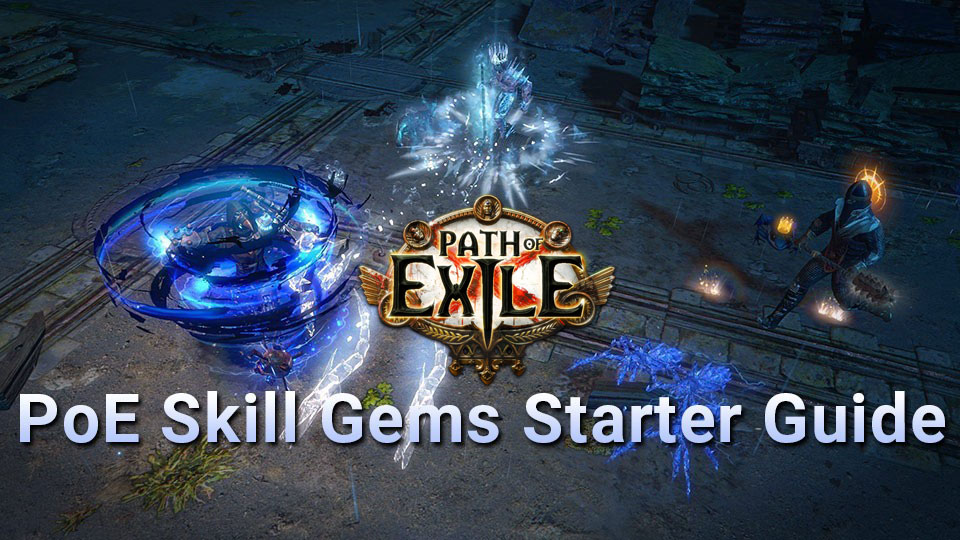 Path of Exile Gems Guide In Path of Exile, there are no skills assigned to the class you choose. Therefore, Grinding Gear Games created a skill gem system when you slot these Active Skill Gems into your weapons or armor, you will gain access to a new ability. If you're a beginner in the Path of Exile, these gems may be confusing! But don't worry, this guide will introduce the skill gems system in detail and provide a number of useful tips to enhance your class skills. About Gems Gems are going to define your character's active abilities. It must be placed within the empty sockets of equipped items in order to be utilized. Each gem is color coated to match their color coated item sockets. Gems can be leveled up. By leveling them up not only does their effectiveness increase, but also the attribute requirements to use them as well. At higher levels, make sure to pay attention so that you do not lose access to your favorite abilities when changing equipment. Pa
Read more 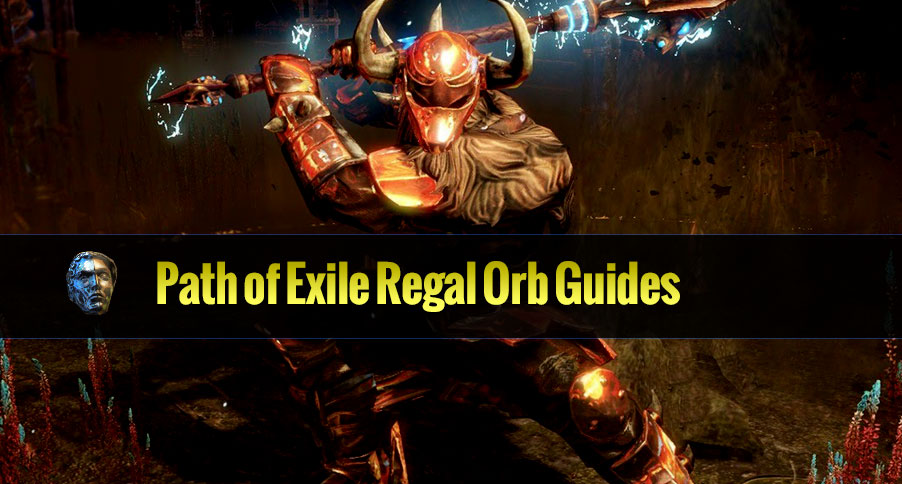 PoE Regal Orb Guide PoE Regal Orb is usually a PoE currency that can be made use of to upgrade a piece of magic equipment to rare. However, how do you get the PoE Regal Orb? Therefore, we bring you the PoE Regal Orb Farming Guide . 1. Farm Regal Orb by Killing Monsters The drop level of Regal Orb is 12 and its drop rate is around 0.207%. This currency can be dropped by slain monsters, chests, and destructible containers. They also drop from Arcanist's Strongboxes. 2. Doing Regal Orb recipe Recipe : 2 rare rings, one strange amulet, one rare boot, one Rare glove. One rare belt, one rare armor, one Rare headpiece + either one Rare two-handed weapon or 1 Rare one-handed Weapon + 1 rare shield or two one-handed weapons, quivers do not look to count in any of those recipes! • The lowest level item has to be at or above its level 75. • Distinct case 1: No individual attributes • Reward: 1 Regal Orb • Particular case 2: All of the items are unidentified • Prize: 2 Regal
Read more